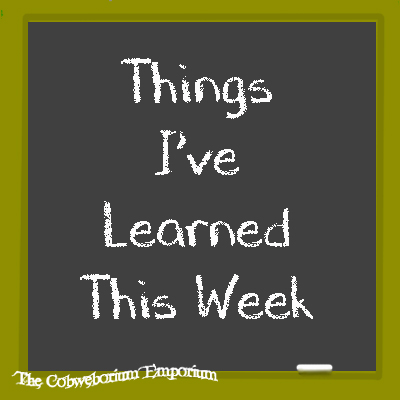 Hello!  Happy, happy Friday!  I can’t believe that we’re here again already.  It seems like I only took a nap since last week, and here we are, seven days later!

Shall I presume that since you’re here, you’ve already donned your crash helmet;   are wearing your galoshes;  and have slipped into your Flame Retardant Clothing?  Yes?  Good.  Jump into your seat, put on your seatbelt (do ask if you need an extension belt) and hold hands with the person next to you.  Let’s have no screaming now ….   OFF WE GO…

I learned this week that I’d forgotten exactly how much I loved Mary Tyler Moore, the wonderful, deeply funny but never mucky, American actress.  I grew up watching her on TV, and as I grew my enjoyment grew with me.  I appreciated her more and more as I became an adult.

She represented a time which I wanted to stay living in.  I could already see, as a young adult, that comedy was changing and how comics/comedians/actors and actresses were slowly breaking down or jumping over boundaries and barriers.  I didn’t want this new ‘thing’ which dipped its toes in bad taste.  I wanted what Mary offered, and women like her – on both sides of the pond.  Valerie Harper and her Rhoda Morgenstern.

From the UK:  a wonderful programme called Are You Being Served? – all of the actors and actresses who were a part of the whole fabric of this wonderful comedy.  Felicity Kendal and Richard Briers in the fabulous ‘The Good Life’.  I could go on, but I’d bore you to tears.  But it is these types of programmes which had a magical quality which comedy shows just don’t seem to have today.

I learned/realised this week that I hadn’t really appreciated Mary Tyler Moore ENOUGH when I had the chance, and I so wish I had.  Ms.Tyler-Moore left us, two days ago, on the 25th of January.   When I heard the news on TV, I felt a lump come to my throat and a tiny piece of my heart broke.  I shall never forget her.  Thank you for the great joy and happiness you brought to my life Mary.  x

I learned this week that …. THERE IS NO SUCH THING AS A ‘NORMAL’ PERSON.  Yes, you read that right.  No one is ‘normal’.  Each and every one of us is made up of a multitude of individual characteristics.  If you take an average of each of them (height, shoe size, length of fingers etc),  you won’t find any individual who is average in all respects.

This is known as the ‘Jaggedness Principle’.

During the 1940s the Jaggedness Principle forced the US Air Force to re-fit fighter airplanes with adjustable seats and other ‘adjustable to fit’  fixtures.   You see: the cockpits were originally designed around the average range of just 10 body measurements taken from a population of 4,063 pilots.  But because no single pilot met all of those criteria, they ended up with a seat which actually didn’t fit anybody.

And if you need further proof:   In 2011 the Australian Bureau of Statistics used their national census to find the ‘average Australian’.  They announced that she is:  a 37-year-old woman with a son and a daughter aged six and nine. She is 162 cm (5’4”) tall, and weighs 71.1 kgs (11st). She lives in a three-bedroom house, has about $200,000 still to pay on her mortgage and her family originally came from the UK. However, when they checked this description against their census data they couldn’t find even a single person in the whole of the country who fitted that description!

I also learned this week ….  that the Pope is paid no salary what-so-ever.  He is paid nothing and owns nothing.   A Vatican spokesman Joaquín Navarro-Valls ended speculation about the Pope’s personal wealth in 2001 by saying ‘The Pope does not and has never received a salary.’

As head of the Catholic Church and head of state of the Vatican, all the Pope’s worldly needs are looked after.  A recent estimate of the Vatican’s wealth by Time magazine put it at between $10 and $15 billion. In full, the Pope’s job titles are: Bishop of Rome, Vicar of Jesus Christ, Successor of the Prince of Apostles, Supreme Pontiff of the Universal Church, Primate of Italy, Archbishop and Metropolitan of the Roman Province, Sovereign of the State of Vatican City and Servant of Servants of God.

Before officially taking on the role, the Pope-elect’s private property is donated to the Church, transferred to another relative, used to endow a foundation or placed in trust. He can also choose to retain controlling ownership and use his Will to specify what should happen to everything when he dies.

When John Paul II died in 2005 he left no possessions and asked for his personal papers to be burned.  Three bags containing gold, silver and bronze coins were placed beside the body.  Each bag contained one coin for each year of his reign, the only monetary compensation he received for his service,  adding up to about £80.

And now … that thing you’ve been waiting for … THE JOKES!

Q: Why did the banana go to the Doctor?
A: Because it was not peeling well

Q: What do you call an illegally parked frog?
A: Toad.
❤
Q: Did you hear about the  Italian  chef  that died?
A: He pasta way.
❤
Q: What’s the difference between bird flu and swine flu?
A: If you have bird flu,  you need tweetment.  If you have swine flu,  you need oink-ment.
❤
Q: What did one elevator say to the other elevator?
A: I think I’m coming down with something!
❤
Q: How many books can you put in an empty backpack?
A: One!  After that it’s not empty!
❤
Q: What do you call a group of men waiting for a haircut?
A: A barbercue
❤
Q: Did you hear about the astronaut who stepped on chewing gum?
A: He got stuck in Orbit.
❤
Q: What do you call a nervous javelin thrower?
A: Shakespeare
❤
Q: What does it mean if  life gives you melons?
A:  It means your dyslexic
❤
and finally . . .
Q: What did one raindrop say to the other?
A: Two’s company, three’s a cloud
❤
~  ~  ~
Well, that’s another weekly round-up of things I’ve learned this week, done and dusted.  Not only am I cleverer* than I was a week ago, but now you are too!  ~Aaaand …  I’m slowly turning your skeleton into funny bones.  I reckon I’m about up to your knees around this time … so we’re doing well!
*I know it’s not a proper word, but I likes it.  🙂

May today leave you filled with peace and with a smile in your heart, and may your weekend be restful, joyful and with a smattering of love surrounding the days.  And … if you don’t have someone who can share their love with you this weekend ….  then have some of mine. . .   ❤    ❤    ❤
~

Sending  buckets  of  love  ~  from me here in my corner, to you there in yours.