Happy 1st September and,   after me I want you to say the following out loud  … ready?  WHITE RABBITS.   Said it?  Good.  You see, this is something I was taught by my grandparents to say on the very first day of any and every month.  It’s kind of good luck charm.  Something which would ensure that bad luck passed by you and only good luck came into your life.

Now you can scoff and say it’s rubbish … but hey,  it’s just two little words. What have you got to lose?

Today is in fact a very special day because…   September 1st  is the 244th day of the year (245th in leap years) in the Gregorian calendar.  There are 121 days remaining until the end of the year.  This date is slightly more likely to fall on a Tuesday, Thursday or Saturday (58 in 400 years each) than on Sunday or Monday (57), and slightly less likely to occur on a Wednesday or Friday (56).  I think we should have a cake of some sort, to celebrate.  Shall we get our baking tins out and do something wonderful with them?

Right then … it’s Friday so that means it’s ‘Further Your Edumacation Day!’.  Do you have your pens, pencils and crayons ready?  Ok … let’s go then!

On this Day in History.

1752 – The Liberty Bell arrives in Philadelphia. The Liberty Bell, in Philadelphia, Pennsylvania, is a bell that has served as one of the most prominent symbols of the American Revolutionary War. It is a familiar symbol of independence within the United States and has been described as an icon of liberty and justice.

You can learn more here:  US History – Liberty Bell.

1886 – The Severn Tunnel, (railway tunnel) between England and Wales, was opened for goods traffic

1920 – The Fountain of Time opens as a tribute to the 100 years of peace between the United States and Great Britain following the Treaty of Ghent.

The Treaty of Ghent was the peace treaty that ended the War of 1812 between the United States of America and the United Kingdom of Great Britain and Ireland. Both sides signed it on December 24, 1814, in the city of Ghent, Belgium.

1939 – At dawn on 1st September, Germany made a massive invasion of Poland and bombed Warsaw at 6am, beginning World War II in Europe. German forces attacked Poland across all frontiers and its planes bombed Polish cities, including the capital, Warsaw – Britain and France prepare to declare war. And, on this date, the start of WWII – the service to 2,000 televisions ceased in Britain. There would be no more TV for seven years.

BBC News report along with a Timeline <— will open in a new tab for you.

1951 – The Premier supermarket opened in Earl’s Court, London; the first supermarket in Britain. 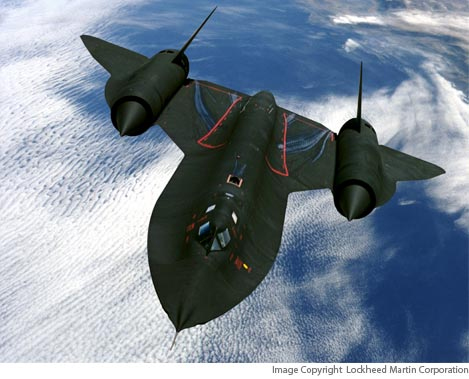 The Lockheed SR-71 is an advanced, long-range, Mach 3 strategic reconnaissance aircraft developed from the Lockheed A-12 and YF-12A aircraft by the Lockheed Skunk Works. The SR-71 was unofficially named the Blackbird, and called the Habu by its crews. Clarence “Kelly” Johnson was responsible for many of the design’s innovative concepts. A defensive feature of the aircraft was its high-speed and operating altitude, whereby, if a surface-to-air missile launch were detected, standard evasive action was simply to accelerate. The SR-71 line was in service from 1964 to 1998, with 12 of the 32 aircraft being destroyed in accidents, though none were lost to enemy action.

1979 – The American space probe Pioneer 11 becomes the first spacecraft to visit Saturn when it passes the planet at a distance of 21,000 km.

Terrance Stanley “Terry” Fox, CC (July 28, 1958 – June 28, 1981) was a Canadian humanitarian, athlete, and cancer treatment activist. He became famous for the Marathon of Hope, a cross-Canada run to raise money for cancer research, which Fox ran with one prosthetic leg. He is considered one of Canada’s greatest heroes of the 20th century and is celebrated internationally every September as people participate in the Terry Fox Run, the world’s largest one-day fundraiser for cancer research.

Fox began by dipping his leg in the Atlantic Ocean at St. John’s, Newfoundland on April 12, 1980. He intended to dip it in the Pacific Ocean when he arrived in Victoria, British Columbia. He also filled two large bottles with Atlantic Ocean water; his plan was to keep one as a souvenir and pour the other one into the Pacific. He also intended to fill another jug of water with water from the Pacific Ocean. He was going to run about 42 km (26.2 miles) a day, the distance of a typical marathon. No one had ever done anything similar to the task Fox was undertaking.

Fox was unable to finish his run. His bone cancer had metastasized to his lungs: x-rays revealed that Terry’s right lung had a lump the size of a golf ball and his left lung had another lump the size of a lemon. He was forced to stop the run on September 1, 1980 just north-east of Thunder Bay, Ontario, after 143 days. He had run 5,373 km (3,339 miles, or around 23.3 miles per day) through Newfoundland, Nova Scotia, Prince Edward Island, New Brunswick, Quebec, and Ontario.

Soon after Fox was forced to stop, the CTV television network organized a telethon in hopes of raising additional funds for the cause. Any celebrities within range of Toronto were invited to participate, and the event raised millions of dollars. Many of the guests paid tribute to Fox; TV actor Lee Majors called him “the real Six Million Dollar Man.”

In June 1981, Terry developed pneumonia, and on June 27 he went into a coma. He died on the 28th at 4:37 a.m., which was his favourite hour of running, a year after his legendary run, and exactly one month shy of his twenty-third birthday.
Terry’s large funeral was broadcast live on national television. He is buried in the Port Coquitlam cemetery, near his favourite lookout just outside the cemetery gates.

British singer/songwriter Rod Stewart’s 1981 album Tonight I’m Yours includes the song “Never Give Up On A Dream” (co-written with Bernie Taupin), a tribute to Terry’s Marathon of Hope.  Proceeds from the song went towards cancer research.

2004 – The Beslan school hostage crisis begins when armed terrorists take hundreds of school children and adults hostage in the Russian town of Beslan in North Ossetia.

The Beslan school hostage crisis (also referred to as the Beslan school siege or Beslan massacre) began when a group of armed rebels, demanding an end to the Second Chechen War, took more than 1,100 people (including some 777 children) hostage on September 1, 2004, at School Number One (SNO) in the town of Beslan, North Ossetia-Alania, an autonomous republic in the North Caucasus region of the Russian Federation.

On the third day of the standoff, Russian security forces stormed the building using tanks, thermobaric rockets and other heavy weapons. A series of explosions shook the school, followed by a fire which engulfed the building and a chaotic gun battle between the hostage-takers and Russian security forces. Ultimately, at least 334 hostages were killed, including 186 children. Hundreds more were wounded or reported missing.

Chechen separatist warlord Shamil Basayev took responsibility for the hostage taking but blamed the outcome on the then Russian President Vladimir Putin. The tragedy led to security and political repercussions in Russia, most notably a series of government reforms consolidating power in the Kremlin and strengthening of the powers of President of Russia. As of 2008, there are many aspects of the crisis still in dispute, including how many militants were involved, their preparations, and whether some of them had escaped. Questions about the government’s management of the crisis have also persisted, including disinformation and censorship in news media, repressions of journalists who rushed to Beslan, the nature and content of negotiations with the militants, the responsibility for the bloody outcome, and the government’s use of possibly excessive force.

The School – A feature in Esquire Magazine.  –  from June 2006. This link is a great link, as not only does it include the whole story, in detail – but it also has video footage of this news item, as broadcast by CNN.

2006 – Luxembourg became the first country to complete the move to all digital television broadcasting.

Well then…. I hope you’ve learned something from that ↑ little lot that you can take out and share with the world …. or at the very least the person sat opposite you!

But … we haven’t finished yet.  🙂  I shared a little bit of playtime with you last week by giving you the link to a bubble popping game which had all those beautiful little noises as the bubbles popped.

Well this week, I have another bubble popper for you, but a slightly different one.  The aim is to fire little coloured balls from your ‘launcher’, at other coloured balls – of the same colour.  3 or more same coloured balls, all linked together means that section of balls will blow up, and you’ll bank points.

I play it not for points or to watch my best score, but simply just to have a little enjoyment and beat the game by blowing up all the balls and ending up with a completely blank screen after blowing all the balls to smithereens!

It’s called  Bubble Shooter.  <— click.  It will open up in another page for you.  Enjoy!

Wishing you a very happy Friday.  Hope your day is wonderful and that your weekend turns out to be a total joy.

September squidges from me to you …