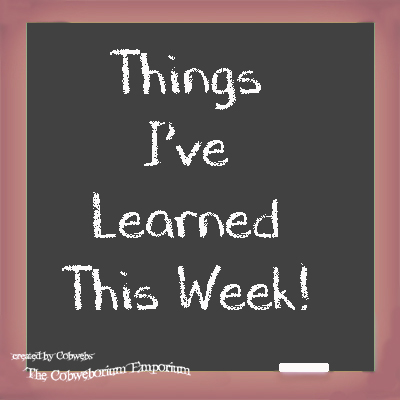 Haaaappy Friday!  Here I am, again, ready to educationalmalise you.  I hope you’re ready.  Do you have a coffee?  Have you been to the loo?  Washed your hands?  Have you got everything you might need for the next few minutes, because you’re going to be stuck to that chair … so if there’s anything you need, we’ll all wait while you go and fetch it.

This week I’ve learned that paper cuts are painful little bug*ers – especially when you’ve managed to get one in that very soft, squishy bit of skin where your two fingers join together.  Yes… right there!   Ohhhh,  OUCH!

I felt the paper slice through that ‘V bit of soft skin’  like it was ‘un-zipping’ my skin as only a surgeon could do with a scalpel.  It made me wince, but now, 30 hours later it’s sore and has a slight throb going on,  especially so when I open my fingers to do something.  Ewwwwwey! Ouch! Ugh!  [shudder]

I also learned this week …

That the Palace of Versailles is worth:  $50.7 BILLION dollars.  Now I needed to find out what that was in British Pounds (obviously because I’m British), and I found out that $50,700,000,000 USD is equal to 39,175,890,000 GBP.  If you want to know how to actually say that in words:  Thirty nine billion, one hundred and seventy-five million, eight hundred and ninety thousand pounds.

Now you may be wondering why I wanted to know this about the Palace of Versailles (just in case you haven’t met this Palace before, you say Versailles:  ‘Ver-sigh’).  Well, I’ve been watching a rather decadent, period costume drama series about King Louis XIV of France, and the Palace of Versailles (it’s now in its second series) and find the whole thing fascinating, educating and enjoyable.  (You have to be able to ignore some of the more … erm …  ‘naughty’ moments which are included, because that’s the way it was at the time. Awful lot of mistresses etc.)

The Palace of Versailles is the world’s largest royal domain comprising over eight million square metres of grounds.  Versailles was transformed from a regal hunting lodge into a spectacular palace by ‘Sun King’ Louis XIV during the late 17th century.

The palace features 700 rooms, including the stunning Hall of Mirrors, housing 5,000 pieces of antique furniture and 6,000 [notable] paintings, while the grounds boast 400 sculptures and 1,400 fountains.  (Is it any wonder that Versailles has been declared a UNESCO World Heritage Site?).

As I’ve been watching the series of programmes about King Louis XIV of France, and Versailles, I kept wondering how much the place must be worth now.  King Louis spent a HUGE amount of money on the building and making of the Palace, so I began to wonder about it’s worth now, and if he actually got his monies worth.  Hence the reason I found out how much Versailles is worth now.

There’s a lot more to be found out about the Palace,  and the King himself.  Wikipedia might be a great place to begin:  Louis XIV of France

This week I’ve also been looking into Time.  Not the magazine …  time as on the clock.  I’ve had a pre-occupation with Time and how quickly it passes, and so I kind of took a leisurely stroll through the library and have learned a handful of things relating to time.

William Willett, the inventor of Daylight Saving Time,  is the great-great grandfather of Coldplay’s Chris Martin.  I’d like to go back in TIME to have a word with Mr. Willett and tell him that it’s a waste of time moving those clocks around, and that it will turn out to be a real pain in the ar …  erm…  rear end, for people of the future.

Where did the word come from originally? The oldest root we have is dā – a Proto-Indo European prefix meaning ‘to cut or divide.’   That makes sense – in all its various guises,  time is a measure of the space between things.  The Greeks went even further than we did in stretching this meaning.  In Ancient Greek, dā mo became the distance between different types of people, as in demos or ‘ordinary citizens’ and even between the Gods and humans: dai-mon meant ‘divider’ and gave us our words daimon or demon.

Is there any other word small enough to describe something as mundane as a railway timetable and yet suggestive enough to encompass the deepest mysteries of the universe?  Only time will tell . . .

Telling Time in the Ancient World

Ancient Greeks used a device called a clepsydra (water-thief) as a timer for places and times when sundials couldn’t be used. This also consisted of a jar with a hole in the bottom, but worked in the opposite way to the bowl timers. As long as the jar was kept topped up, the water flowed out the bottom at a steady rate and could be used to measure time. clepsydra were used in courts to define how long speeches could last.

Most casinos have no windows and no clocks in order that their patrons will lose their sense of time.

The Incas based their measurement of time on how long it took to boil a potato.

Watch adverts nearly always show the time as 10:10. This is so that the hands of the watch neatly frame the brand name.

An octodesexcentenary is 592 years long.  (I wonder when/what it was/is used for?  I have absolutely no idea.  I’m just sharing what I learned).

I learned that:-  Male goats stink when they’re in the mood for sex. Male sheep don’t.  …  And I think that’s enough about that one, thank you very much!

But …. before I toddle off,  I need to share some jokes with you …

Q:  Did you hear about how eating clocks was very time consuming?  A:  But it was so good, people go back for seconds.

I sometimes eat clocks just to pass the time.

I have an EpiPen.  My friend gave it to me when he was dying,  it seemed very important to him that I have it.

Why can’t you hear a pterodactyl go to the bathroom?  Because the “P” is silent!

What do Alexander the Great and Winnie the Pooh have in common?  Same middle name.

Those are the jokes folks!

Well, I have a visit to the hospital today …  so that’s a load of fun I’m looking forward to (not).  But later … I do believe that Mr.Cobs is taking me somewhere to cheer me up.  (I hope it involves spending money because that’s my most favourite hobby and I’m REALLY good at it).

What about you?  What’s going on in your world, this fabulous Friday?  Do tell.  Let me hear about you for a change.

Whatever you have planned, or whatever happens, I hope that today is a good day for you.  I wish you a tremendous weekend too.  Filled with love, peace and harmony, but most of all I wish you contentment.  For when you have contentment, everything else just falls into place.

Sending you love and squidges from me, here in my corner, to you there, in yours.

Be good to yourself, and each other.  And …  may your God go with you.