I read a quote by a man I hadn’t heard of before, Wayne Dyer.   I made such a connection with the quote,  that ‘Magical Binoculars’ became the inking you see in the photograph.

Isn’t that lovely?  If you don’t get the ‘lovely’ first time, read it again. Read it as many times as you need to in order to use your own internal Magical Binoculars, and not only see what that quote is saying, but to feel it too.

If you look at the InkTober picture for today you’ll see a pretty standard view of a scene, looking out from a beach, as night is falling.  It’s not dark, but it’s not light.  You can still see the land and the edge of the sea in the distance, but you can’t really see anything other than that.

But …  what do you suppose would happen if you looked through the Magical Binoculars?  What might you see then?  What wonders would open up for you, I wonder?

Would you see the birds, flying in the sky, having one last stretch of their wings before going home to bed?

Could you see the man, stood on the end of that land in the distance, with his fishing rod in his hand?

Would you perhaps see the Mermaid, playing in the moonlight?

Who knows … for your sight may be different from mine.  Perhaps you will focus your eyes in a different direction. Perhaps you will lift your eyes to the sky above and see the Gates of Heaven.  Would you maybe, see the Angel?  Or perhaps you will look to the Edge of the Sea, in the distance, and see what is there and has been there all the time, but we miss it because we don’t use our Magical Binoculars.

The inks I used for this drawing were:

… in addition, I used a white Jelly Roll Pen for the highlights on the Magical Binoculars, and a tiny amount of Acrylic white paint in order to help the moon and clouds to be what I wanted them to be.  But apart from that, everything else you see is ink.

Use your Magical Binoculars today.  See if you can find the things you might normally miss because you’re too busy,  or not see at all, even though they’re right there, under your nose!

Wishing you a Magical Monday.

Happy Friday!  Welcome to the weekly round-up Cobs Lessons of Life.  A picture postcard in words (and sometimes photographs if I’m lucky and the one brain cell remembers to take them), of things I’ve encountered in the last week, from which I have learned something.

Shall we dive straight in?

That I REALLY, MOST DEFINITELY, ABSOLUTELY, TOTALLY don’t like it when women go around the supermarket shopping for their groceries, whistling the same bit of a totally unrecognisable tune like it’s a perfectly acceptable thing for a lady to do.  As my mother and Grandmother before her used to say:  “A Whistling Woman and a Crowing Hen are neither good for God nor Men!“…  and after this weeks shopping trip, I 100% agree with them.

I’ve also learned that Dr. Seuss actually really did know what he was talking about . . . I saw these words and absolutely laughed myself silly because they spoke of a trip Mr. Cobs and I took to the harbour side about a week or so ago with our Grandson, Little Cobs … 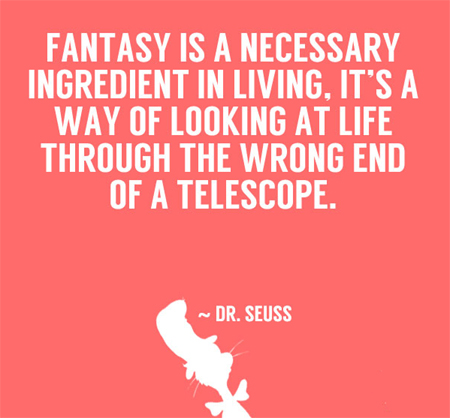 Whenever we go to the Harbour there’s always something happening, or something which we do which makes a memory for us all.  On this occasion Little Cobs wanted the binoculars – or as he calls them  bew-nonkly-erzs.  He has his own Bewnonklyerzs in the back of our car.

We bought them for him about two and a half years ago, and he’s always loved them. (He’s five and a half now).  They have their own solid sided case, caps on all the lenses, and he knows how to open the case, uncap them and get that neck thing around his neck so that they can’t drop to the floor, and even how to get them focused.  But on this visit he didn’t want his bewnonklyerzs, he wanted ours.

So out came our binoculars and he began looking at the yachts, boats, people zooming around on jet skis and various other things which were happening around and about.  But then, suddenly, he did something he doesn’t normally do.  He took the binoculars, looked at them for a moment and then purposely turned them around and looked down them through the wrong way round.

He suddenly burst into fits of giggles.  He was laughing so much that although he was talking we couldn’t understand a word he was saying.  Still laughing (so much that he was crying!), he took the binoculars away from his eyes and handed them to me, saying  “Look.  Look!”  So I looked through the binoculars … but no, he took them off me, turned the around so that they were now the wrong way around and again said  “Look!”  and began laughing again.  So… I did what any other Grammy would do ….  I looked.  And all of a sudden I could see what he was laughing at.  The world looked  …  weird.  Everything looked suddenly very insignificant.  The people looked like a colony of ants all doing the job they’re supposed to do.  I looked at him through the binoculars, sat next to me on Grandads lap … and he looked so funny that I began to laugh too.  I gave the binoculars to Grandad and told him to “Look Grandad,  and then you’ll see”  …  so he did,  and he did.

There were all three of us, sat in the front of my car, laughing like someone had just told us the funniest joke of all time.  People were looking in and seeing the scene and smiled.

Dr. Seuss knew EXACTLY what he was talking about when he said:  “Fantasy is a necessary ingredient in living.  It’s a way of looking at life through the wrong end of a telescope“.

In our case it was bewnonklyerzs . . .  but the view worked in exactly the way Seuss meant.  Try it sometime.

Let’s see … what else have I learned this week?…

Ahh…  now this is relating to Crafting … so if you’re not a crafter, I apologise …

I’ve learned . . .  that,  for me,  Digi Stamps seem to be a huge rip off because a crafter is being made to pay an awful amount more for an image than it first appears they’re paying.

For those who don’t quite know what a Digi Stamp is …  it’s just an image, which you buy the rights to use and you store it on your computer and print it out whenever you need it.

Quoted directly from a report in a 2014

At £650, a bottle of Krug Clos du Mesnil 2000 Champagne is decadent,  but compared with the cost of essential replacement ink for a home printer it looks cheap – at about 90p a millilitre for the 750ml bottle.

One thousand, seven hundred and twenty-five pounds.  You could have a holiday!

You can check the whole article out  HERE

I’ve double checked the cost of that same Champagne today, and the price of printer ink, and they are (roughly,  ‘give or take’) around the same prices.  But … you make up your own mind about it.

What else have I learned  …

Oh…  I was taken back to my school days when I came across this bit of information quite by accident:

I loved the story of the Battle of Hastings when I was in school.  I remember we even went to see a tapestry – called the Bayeux Tapestry – of it.  It wasn’t THE tapestry but a replica, handmade by a group of ladies many, many years ago.

I’ve also learned this week that it’s not just Graphic 45 that I have expensive paper tastes for …  I’ve fallen in love with a Nordic craft companies papers and ... ohhh ...  I’m going to have to place an order for some.  I just have to work out how I can sneak them past Mr. Cobs so that he doesn’t notice them . . because  it was only three weeks ago I said that I wasn’t “buying ANY MORE PAPER until I’d used at least half of the papers I have in my craft room”.  And I MEANT IT!  But to be honest … I think I’ve done excellently well going three weeks!   🙂

Ah, I guess there are worse things I could be addicted to.  And just think .. everyone is going to get such nice cards made with these papers!  lol.

Well It’s Friday lovely people.  And we all know what that means.

There.  Don’t you feel better for that?

I think …  Friday is such a lovely day.  It’s a day to do great things.  A day to remember how blessed you are and look at all the good which is in your life.  A day to clear things up which have been hanging around.  To get things sorted.  I know that sometimes gremlins can get into a day and give you a bit of a hard time …  but everything is sort-out-able.  Even gremlins.   There is always something which can be done – even if it’s going round to a friends just to chat about whatever it is which is bugging you.

And as for tomorrow, well, that isn’t even here yet,  but …  isn’t it nice to think that tomorrow is a new day with no mistakes in it yet?

I wish you a weekend which smooths out some of the wrinkles in your life,  even if it just means resting and relaxing for a few hours to let the stresses ease away.