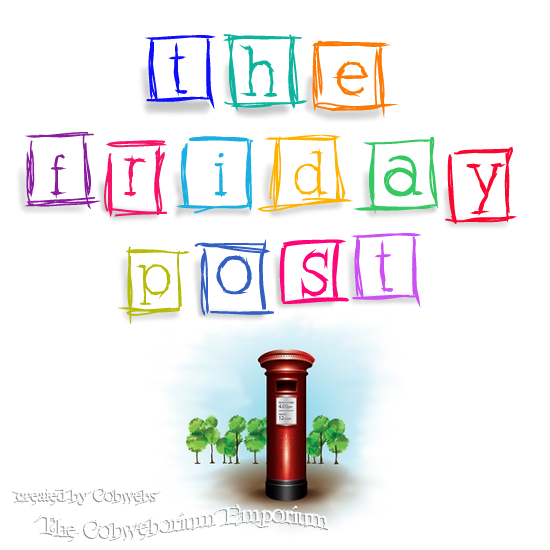 Hello dear pals . . .  happy last Thursday in January 2018.  In part, this month has flown past at great speed…  but at about the 22nd something changed and since then it’s slowed down somewhat.  Oddest thing, but I can’t explain it better than that.  (But then …  I’m an odd thing myself and I can’t explain ‘me’ either!  lol)

1340 – King Edward III of England is declared King of France.

1500 – Vicente Yáñez Pinzón becomes the first European to set foot on Brazil. Vicente Yáñez Pinzón (Palos de la Frontera (Spain) c. 1460 – after 1523) was a Spanish navigator, explorer, and conquistador. Along with his older brother Martín Alonso Pinzón, he sailed with Christopher Columbus on the first voyage to the New World in 1492, as captain of the Niña.

1565 – Battle of Talikota, fought between the Vijayanagara Empire and the Islamic sultanates of the Deccan, leads to the subjugation, and eventual destruction of the last Hindu kingdom in India, and the consolidation of Islamic rule over much of the Indian subcontinent.

Afterwards, the colony was ruled by the military, with the senior military officer stationed in Sydney purporting to act as the Lieutenant-Governor of the colony until the arrival from Britain of Major-General Lachlan Macquarie as the new Governor at the beginning of 1810.

In April 1905, the diamond was put on sale in London, but despite considerable interest, it was still unsold after two years. In 1907 the Transvaal Colony government bought the Cullinan and presented it to King Edward VII on his 66th birthday.

Cullinan produced stones of various cuts and sizes, the largest of which is named Cullinan I or the Great Star of Africa, and at 530.4 carats (106.08 g) it is the largest clear-cut diamond in the world. Cullinan I is mounted in the head of the Sovereign’s Sceptre with Cross. The second-largest is Cullinan II or the Second Star of Africa, weighing 317.4 carats (63.48 g), mounted in the Imperial State Crown. Both diamonds are part of the Crown Jewels of the United Kingdom.

Seven other major diamonds, weighing a total of 208.29 carats (41.66 g), are privately owned by Queen Elizabeth II, who inherited them from her grandmother, Queen Mary, in 1953. The Queen also owns minor brilliants and a set of unpolished fragments.

Anecdotes
In 1905, transport from South Africa to England posed a bit of a security problem. Detectives from London were placed on a steamer ship that was rumoured to carry the stone, but this was a diversionary tactic.  The stone on that ship was a fake, meant to attract those who would be interested in stealing it.  The actual diamond was sent to England in a plain box via parcel post, albeit registered mail.

The story goes that when the diamond was split, the knife broke during the first attempt. “The tale is told of Joseph Asscher, the greatest cleaver of the day,” wrote Matthew Hart in his book Diamond: A Journey to the Heart of an Obsession, “that when he prepared to cleave the largest diamond ever known, the 3,106 carat (632 g) Cullinan, he had a doctor and nurse standing by and when he finally struck the diamond and it broke perfectly in two, he fainted dead away.” It turns out the fainting story is a popular myth. Diamond historian Lord Ian Balfour wrote that it was much more likely he opened a bottle of champagne, instead.

Rumours abound of a “second half” of the Cullinan diamond. According to Sir William Crookes the original, uncut diamond was itself “a fragment, probably less than half, of a distorted octahedral crystal; the other portions still await discovery by some fortunate miner“. Crookes thus indirectly indicates that the original, larger crystal broke in a natural way and not by a man-made cut. Others have speculated that before Frederick Wells sold the diamond to Sir Thomas Cullinan he broke off a piece which sized in at about 1,500 to 2,000 carats (300 to 400 g).

External Links:  Elizabeth II’s Jewels   …  The Cullinan Diamond …  and …  The Home of The Royal Family

1907 – The Short Magazine Lee-Enfield Mk III is officially introduced into British Military Service, and remains the oldest military rifle still in official use.

1915 – The Rocky Mountain National Park is established by an act of the U.S. Congress.

1926 – The first demonstration of the television by John Logie Baird.

1978 – The Great Blizzard of 1978, a rare severe blizzard with the lowest non-tropical atmospheric pressure ever recorded in the US, strikes the Ohio – Great Lakes region with heavy snow and winds up to 100 mph (161 km/h).

1988 – Andrew Lloyd Webber’s The Phantom of the Opera has its first performance on Broadway, at the Majestic Theatre in New York.

2006 – Western Union discontinues use of its telegram service.

Died on this day and remembered here:

These are the jokes, folks!  …

Did you hear about the actor who fell through the floorboards?  He was just going through a stage!

My dog ate all the scrabble tiles, and now he keeps leaving little messages all around the house.

Have you visited that new restaurant yet?  The one called Karma?  There’s no menu, you just get what you deserve.

Why don’t scientists trust atoms?  Because they make up everything.

Why did the chicken go to the séance?  To get to the other side.

Where are average things manufactured?  The Satisfactory.

What sits at the bottom of the sea and twitches?  A nervous wreck.

What kind of exercise do lazy people do?  Diddly Squats.

What does Charles Dickens keep in his spice rack?   The Best of Thymes,  The Worst of Thymes.

The next day Harry begs the Lord again:  “Please make it so I win the lottery, Lord!”

Suddenly he hears a voice from above:   “Harry, would you kindly go and buy a lottery ticket.”

Bucket Lists.  I don’t believe in having ‘Bucket Lists’.  Why would a person make a list of things they want to do, when there’s so much to do in life anyway?  Why limit your life to a shopping list?

Your life is happening NOW.  Don’t miss a thing.  Don’t miss going outside and seeing the colour of the grass.  Don’t think about seeing XYZ in another country when you haven’t even seen to the bottom of your own back garden!  Why long to visit Buckingham Palace and see the Queen, when you haven’t even seen your own Aunt for ….  how long was that?

Instead of a bucket list, lets throw that list in the bin and make a sign instead.  A sign, on a piece of A4 (or something bigger if you have it), and pin it up where you can see it every single morning, without fail.

On that piece of paper, write:

Seize the day …. make the most of the present and stop thinking about next week, next month, next year, sometime in the future.  Live NOW.  Right now.  You could be run over by a bus any day soon.

Don’t let your last thoughts be:  I wish I’d have appreciated the colours of the pansies my mom grew.  –  I wish I’d have visited a coffee-house weekly and ordered a different coffee (or tea) every single time I went, so that I could experience them all.

Do as much as you possibly can now.  Right now.  Because you don’t know that everything will fall into place for that shopping list you fondly call your ‘Bucket List’.  Benefit your life now,  . . .  because:  LIFE BEGINS TODAY.

All that’s left for me to do now is  wish you a truly wonderful weekend.  May you find some magical smiles this weekend. And … may the coming week, the last few days of January, bring you peace and joy.  The earth is warming up – although I know that some of you might not think it is … but it is.  I can feel it happening.  Spring is on its way …. unless of course, you live in Australia or one of the other places upon Earth which are just about to leave their summer and go into Autumn.

Thank you so much for coming and having a coffee with me. Sending you much love and a big bucket of squidges ~