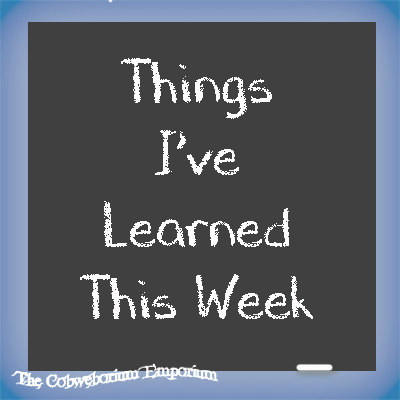 Happy Friday!  . . .  Apparently it’s now officially winter – as far as ‘weather reports’ are concerned.  I don’t know why this happens or the reasons for this.  I only heard it on the weather report this morning but I was so busy taking in this information and trying to work out if I’d heard it correctly that I didn’t hear the reasoning behind it.  But there you have it.  It’s winter.

They are reporting that the UK set for the heaviest snowfall for years, and the Long-range forecast warns that the Winter of 2016 is going to be THE BIG FREEZE!   Saying that Britain is facing the heaviest snowfalls in years this winter, as the country’s first icy blast arrives soon, and it will unleash (apparently)  four months –  (FOUR MONTHS!?) –  of heavy snow and sub-zero temperatures.  I read that forecasters have announced this,  and they added:  “expect a very ‘exciting’ December with the possibility of a White Christmas this year“.  OK….  so  NOW I’M GETTING EXCITED!

The last white Christmas I remember was in the 1980’s …  so this would be such a huge event and I’m already feeling the excitement of it.  In fact … so much so that I’ve even bought a woolly bobble hat!   (If you read one of my posts a few weeks ago, you’ll already know that I look like an extraordinarily comical, female, over-sized unwanted 8th Dwarf from Snow White and the Seven Dwarves  when wearing ANY hat.  So this new bobble hat is a BIG thing for me to have bought!).

It’s a chilly, cold wind which is already blowing around outside.  This morning, here where we live in the South of Great Britain,  it was minus 6.  Mr. Cobs informed me of this when he came back in the house from letting the chickens out to play.  I believed entirely that it was minus 6, for I could feel that minus 6 blow right through our little cottage when he opened the door to come back in!  It made me want to hibernate!  Brrrr!

Oh anyhoo…  we’re here to find out what I’ve learned this week so let’s get on with it, shall we?

This weeks Lessons in the Key of Life seem to have been (in a lot of circumstances)  about things which start with the letter H!  I have no idea why, but I thought I’d go with it and share this Letter H stuff with you.  Hats on?  Had your shots?  Here we go …

Henge.  Stonehenge to be precise.  I learned that Stonehenge was in private ownership until 1916, when it was bought,  on the spur of the moment by Sir Cecil Chubb, who was the owner of a local lunatic asylum,  as a present for his wife. Three years later she gave the site to the nation.

Now this posed a question for me.  Why would a chap buy his wife some big stones which weren’t of the diamond variety?  Did he think this would earn him brownie points?  Well … the fact that she gave this gift away just three years later, must surely have told him something.

So, in the interests of happy Christmas days to come, may I make a suggestion to all the fabulous chaps who read this Friday post (and I know there are a few of you because I have the class register with your names clearly shown on it) ….  Here’s my tip for Christmas Gifts for the fabulous women in your life.   If you’re struggling to find something she’ll be happy to receive,  I truthfully think that if you go by this one rule, you’ll probably strike the right chord:  Buy:-  Something with a Hallmark on it.

You can thank me later.

Hypnotism.  Did you know that:  English writer – Charles Dickens’ marriage broke down partly because of his obsession with Hypnotism.  Now this surprised me, because if you read a little bit of information about Mr. Dickens you’d find a whole lot more stuff which would and could have broken down his marriage way before this obsession!

I learned this week that:  Apparently Chickens can be hypnotised.   From what I learned:  The record period for a chicken remaining in a hypnotic state is 3 hours 47 minutes.

Holidays.  Let’s start with a Holiday inspired joke, just to lighten the mood, shall we?

I have to explain –  here in Great Britain (at least), a ‘Holiday’ is what people of the USA call a ‘Vacation’.  Where-as Christmas is NOT a holiday to the folk of the UK. Christmas is exactly as it says.  It’s CHRISTMAS – and we don’t call it anything but that.

I learned this week that popular Holiday island Hawaii was discovered by Captain Cook in 1778 and named the Sandwich Islands in memory of his patron, the Earl of Sandwich. On landing, he and every man on his crew became completely constipated: one man suffered for 44 days in a row. The men became the first Westerners to witness the traditional Hawaiian sport of surfing.  Cook was murdered in Hawaii in 1779.

The Hawaiian State flag is the only US flag to feature a Union Jack.  It also has eight red white and blue stripes representing the eight main Hawaiian islands.

The ‘wiki’ in Wikipedia is Hawaiian for ‘fast’.

Here’s a question for you:

I want those of you who have had Haemorrhoids to put your hand up.  Go on.  No one is going to see you, you’re all alone!

Haemorrhoids : everyone has them!  I learned this week, from watching a TV programme at about 2am in the morning, (sleep escaped me), that EVERYONE has haemorrhoids (UK spelling).  They’re apparently like little cushions in the walls of your B.T.M. and live there quite happily.  However … something happens to upset them, and that’s when they become a problem.  It could be childbirth, carrying a little extra weight, ‘straining’, or even, apparently, a sneeze can cause them to inflame.  However – that old wives tale that sitting on a radiator gives you piles or haemorrhoids, is exactly that.  An old wives tale.  There’s nothing to prove that this causes the problem.

And now, ladies and gentlemen, we come to the final H of our ‘What I’ve Learned This Week’ list…..  Happiness.  Or Happiness in the form of Jokes, to be precise.  Are you ready for a chuckle?

Q)  What’s green and fuzzy and would kill you if it fell out of a tree?

I’ve just been on a once-in-a-lifetime holiday. I’ll tell you what, never again.

A male friend met a Dutch girl with inflatable shoes last week. He rang her up to arrange a date, but unfortunately she’d popped her clogs.

How do you make a tissue dance?  You put a little boogie into it.

Where does a sheep go for a haircut?  To the baaa baaa shop!

Why can’t you hear a pterodactyl in the bathroom?  Because it has a silent pee.

And finally ….  I’ve decided to sell my Hoover… well, it was just collecting dust.

Thank you so much for coming and having a coffee with me.  I love seeing you here.
Have a wonderful day, doing whatever it is that you’ll be doing.  Remember … you have a choice of what sort of day you have.  Choose a Good one!
Oh …   and have a fabulous weekend.  May you find peace and rest, and maybe a few smiles along the way.

Sending squidges to you in your corner,  from me in mine.  ~