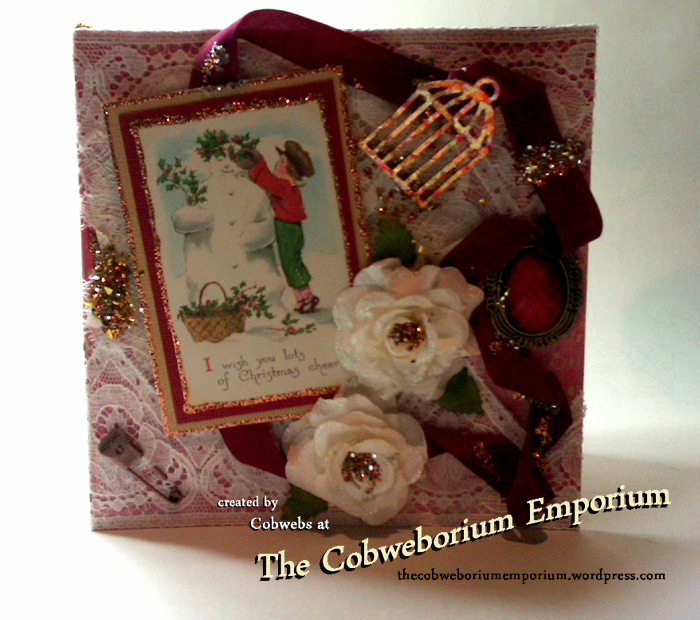 Another vintage style Christmas card – this time made for my Grandsons Teacher at Nursery School.  She’s a fabulous lady who I love dearly, and has such a lovely way with the little folk in her care.  I wanted to thank her for just being the lovely person that she is and for the incredible job she does.

I had an idea of what sort of card I wanted to make, but couldn’t find the right image to base the card around … until I found this one on the Graphics Fairy ~ 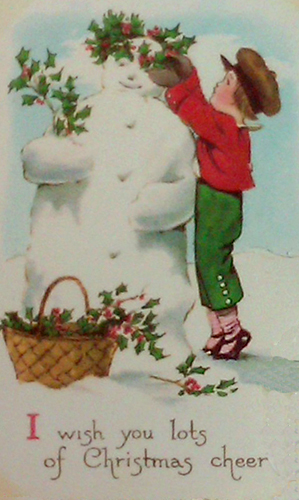 This image had the right vintage feel about it, and it was a little boy in the picture building a snowman – and since my Grandson is obsessed with Olaf (the snowman in the film ‘Frozen’) at the moment, I felt this was the perfect image.  I re-sized it, matted and layered it onto some lovely linen finish, plain coloured card stock, in a soft beige and a lovely vintage red, then glittered around the edge to make the image sparkle and draw attention to the image and make it stand out from the card.

I have some little wooden ‘adornments’,  and from the assortment I chose a birdcage to gild with gilding flakes – so that I could have it ready to attach when I needed it. 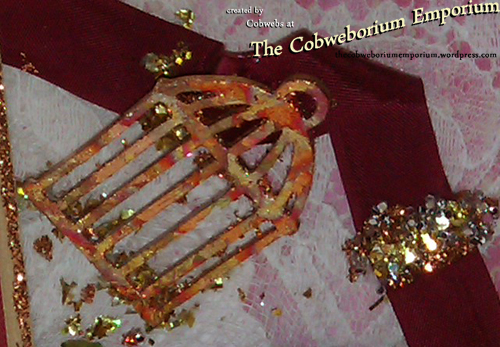 The base on which I ‘built’ this card was a 6 x 6 Kraft card with a high gsm – so that it would be weighty enough to take the adornments which I wanted to attach to the card.

The papers I used to cover the card are all part of a pack of Christmas papers which I obtained free with a magazine a while ago.  They’re really lovely papers – but the red coloured, 12 days of Christmas, paper I chose for the front was a little too red, so I knocked the colour back by using some Gesso, just applied roughly across the paper once it was adhered to the front.

I’d found some lovely vintage style lace for sale in a local charity shop a while back – and knew that it would be perfect for this card, so added a length to both the top and bottom front of card.

Before I added the vintage picture, I put a little cheesecloth behind the picture, to give it a soft outline, then added the picture and then draped some rayon seam binding around the front in the curvy way I wanted it to lay – but before I finally attached it I threaded a pendant charm onto it, and placed it on the card in the centre of the leading edge.  I then fixed the pendant and ribbon into place.

I added some Christmas white paper roses  and leaves, and the gilded birdcage, . . . then came the twinkling part!  I chose four glitters and roughly mixed them  – a gold, a copper, a silver and a little mix of some teeny tiny glitter gems.  They’re not exactly glitter – but they aren’t gems either.  I’m not sure how to explain them, and I can’t remember where I bought them from as I remember I had to decant them as the original packet split, so I don’t have anything left which I can check up on the name of this glitter sadly.  They make a difference to the glitter mix, as it makes it look more ‘opulent’.  Fabulous result, which I just love!  In places, I also added some teeny tiny gilding flakes – which gave a different depth to the whole project.  (You can see some of those tiny pieces of gilding flakes in the photo above which shows a close up of the gilded birdcage.) 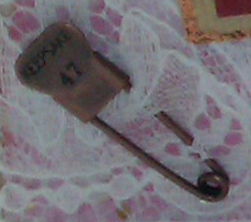 I pinned a Tim Holtz ‘Keepsake’ pin down in the corner of the card, simply because it kind of fitted the whole feeling which I was trying to ‘build’ into the card itself.

I did make a matching box to this card – but again, because I was in such a hurry to get caught up with myself (after being poorly for weeks on end), I totally forgot to take a picture of the box before I gave the card to the teacher last week. 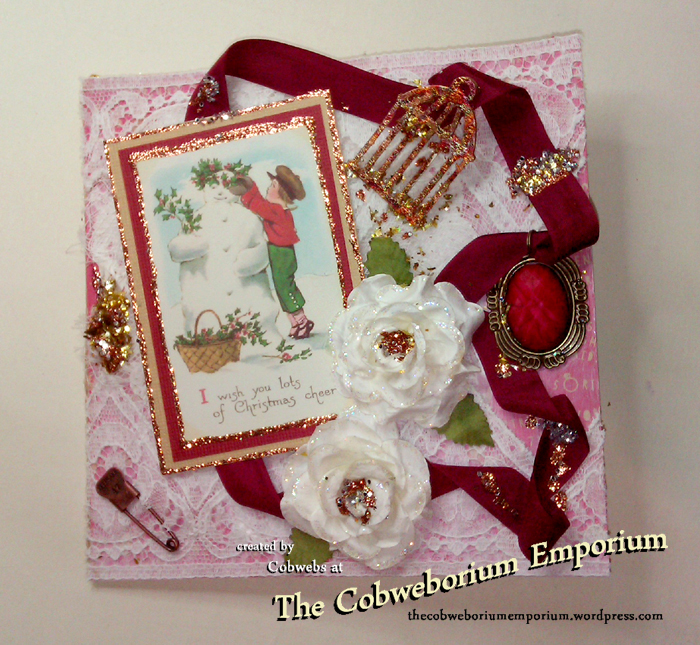 The inside of the card was lined with pale biscuity coloured paper, and I used ribbons inside, in a lovely shade of pink, and the vintage wine coloured ribbon you see on the front – just to add that final touch which made the inside as pretty as the outside.

Well … I’m still trying to catch up and I’m hoping to craft up a storm in my craft room today – so I’ll hopefully see you later.

Have a truly wonderful Monday, – whatever you’re doing.

5 thoughts on “Wishing the Teacher lots of Christmas Cheer …”