When the first baby laughed for the first time, its laugh broke into a thousand pieces, and they all went skipping about,   and  that  was the beginning of fairies.

When I first heard that quote, read to me by my mother when I was just a little girl, I can remember how beguiled I became by those words.  They bewitched me.  Entranced me.  Captivated me!   So much so that I can remember asking her to “read it again mommy.”,  and when she did, I recall playing with the words and saying them out loud.  As if trying to climb inside the sentence and feel the magic which was held, hidden within the words which were written on the page that my mother was reading from.

I never ever forgot the quote and can still recall it word for word, without even thinking about it – and I’m a lot, lot bigger (and older) than ‘just a little girl’ now.

J.M. Barrie became my key to fairy land.  It was he who told me all I needed to know in order to open the door to the Land of the Fae – and once there, I then made my own entertainment.

My mind took me into places where imagination ends and fantastical fantasy begins.  For it is there, in that narrow place between imagination and fantastical fantasy,  that is place where Fairies live.  Where Fairies play ‘chase’ and ‘tag’;   gather magical globes called: ‘Wishing Balls’;   dust the flowers after the bees have ruffled the petals whilst collecting pollen;  and where fairies generally ‘do’ all the things which only fairies can do!

She said out of pity for him,   “I shall give you a kiss if you like,”   but though he once knew, he had long forgotten what kisses are,  and he replied,  “Thank you,”  and held out his hand, thinking she had offered to put something into it.   This was a great shock to her,  but she felt she could not explain without shaming him,  so with charming delicacy she gave Peter a thimble which happened to be in her pocket, and pretended that it was a kiss.

Again, this was another part of the Peter Pan story which nestled into my heart and made itself at home.  So much so that many years ago I bought my (our) two (at that time little) girls beautiful silver bracelets one year at Christmas time, upon which I’d hung  tiny, real silver, thimbles.  I told them that as they grew up, where-ever they were in life,  or in the world,  so long as they had their bracelet, they would always have a kiss from me with them.   At the same time, I bought myself a silver bracelet and hung a ‘kiss’ on it – telling the girls that we now all had kisses.  I still have my kiss and still wear it, and I think that the girls (now grown up and out in the world) still have theirs too.

So this brings me to the reason for this blog post, and that reason is to ask you a question.

Do you ‘believe’ in Fairies?  Do you believe that there could be, might be, something even more magical than just us human beings, here on this planet?

Don’t just say ‘no’.  Think about it for a moment.   I mean to say … you can’t see love, but you know it exists.  But how do you know?  Has someone proved it by showing you a detailed diagram and photograph of love?  No, because love is a feeling, and so you can’t photograph it.  Trouble is that us humans are so full of ourselves that we believe that only we know when love is ‘there’.  But what about the other animals on Earth?  Elephants?  Elephants protect their young because they love them; who gather together when they know one of their kind is dying;  who show grief by crying tears when they have lost a family or group member.

Nobody can.  No-one can prove that Fairies don’t exist, just as I can’t prove that they do.  So I think I’m going to continue on in my own mind-set and saying that I believe there is a truth somewhere there – and I haven’t found it yet.  But just because I haven’t found it, it doesn’t mean they don’t exist.  It just means I’m not clever enough to have found the proof.  And neither, by the way, are all the scientist in the whole world.  So that, in itself, has to prove something! 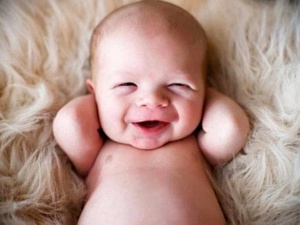 And I’ll leave the final words to John Lennon:

Thank you so much for stopping by today.  If there’s anything you’d like to say (and I SO love comments), you can click to comment by going to the top of this post and on the right of the title of this post you’ll see a little pale grey speech bubble.  Hover your cursor over that speech bubble and it will turn to a ruby-red colour.  Click on that speech bubble, and the comment box will open up for you to make your own post.

Whatever you do today – make it a magical,  enchanting,  wonderful day.

Every attempt has been made to identify original creators of the photos used in this post.  If you see a photo that is yours & proper credit has not been given, please contact me by leaving a comment on my blog.